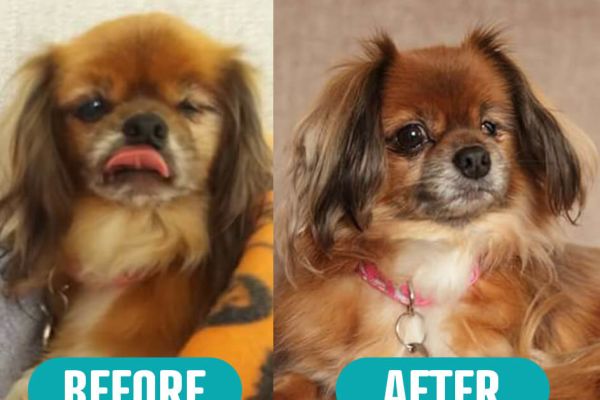 Here is Thea, during an attack of chronic pancreatitis, to today, thriving and back to being as well she was. Thanks Pure, your Brilliant Terrific Turkey has hit the spot here xxxx I just wanted to let you know this food has literally been our dog's saviour as she has been so poorly over last week with pancreatitis and neurological problems. Your Turkey Terrific made up almost like soup is all she will eat. We’re now very happy to say is making very small but positive progress 😊

Honestly, the best dog food I have ever bought! I have a 3-year-old French Bulldog who has struggled with skin allergies, pancreatitis and diarrhoea for the last year. I've tried almost every 'sensitive/hypoallergenic etc' food for her and nothing has cleared it up, until now! She's been on Pure Pet Food for about 3 weeks but I can honestly see a huge improvement with her skin and tummy and she seems so much happier! She can't get enough of it either! Thank you so much!

This is wonderful stuff. My bichon has pancreatitis and was on chicken breast and pasta diet - low-fat high carb. I was always worried she wasn't getting enough nutrition. I now have no need to worry and for a dog that isn't food motivated, she now gets excited about feeding time. She has quite a few issues, one of which is Pancreatitis and Pure totally suits her needs.

Here is a ‘happy customer’ photo for your wall, which must be smothered by now!

Here is Emma who was diagnosed with pancreatitis last year. Since starting her on Pure Pet Food she has stabilised and her levels for the pancreatitis have been normal for over 6 months. Thank you Pure for helping Emma we are all so grateful! My 2-year-old GSP has chronic pancreatitis and just wasn't responding to vet low-fat kibble and Purina EN wet food, she was still being sick and not wanting to eat. Some days were very worrying for my husband and me.

I came across Pure and decided to gradually change to the Turkey terrific complete meal and straight away she was like a different dog, so much energy, no more sickness or poo problems, she now can't wait for her meals and best of all her meds have been cut down.

Thank you Pure Pet Food you have made a huge difference to our girl. If you have any doubts about trying pure pet food, please don't hesitate to buy you will be so glad you did and will be the best choice I've ever made for the health and well being of your much-loved pets. Below is 2 year old Kassi

Kizzy is an eight-year-old Border Terrier cross who has always been full of energy and clearly enjoys life, that is until around two years ago. Kizzy began to suffer bouts of diarrhoea and constipation with pain and vomiting. After going back and forth from the vet, multiple tests and a lot of money later, they found she was suffering from pancreatitis. However, they had no idea as to what was causing it.

March 2016 my vet referred us to a Specialist vet practice in Surrey, where my poor girl had ultrasounds, blood and neurological tests, anything to try and find an answer. I would pay anything to improve Kizzy's quality of life but this visit cost me £2000 and the tests didn't reveal anything we didn't already know.

Throughout the year Kizzy became more and more withdrawn, refusing to play or go out for walks. I could see she was depressed and I didn't know what to do. January 2017 Kizzy ruptured her Cruciate ligament in her right knee and I now needed to think about subjecting her to surgery even though she was unwell. We went ahead with the operation and she has healed well, but because of her pancreatitis, there were a lot of pain medications she couldn't be prescribed.

Thankfully her leg healed well and in that sense, she was back to normal, but not the way I know her. The following months until July 2017, Kizzy's condition only got worse, until she was bleeding heavily out of her backside both randomly and when she went to the bathroom. Again I was taking her to the vet several times a week with vomiting, bleeding, pain and discomfort not to mention the constant dehydration. She was eventually diagnosed with Colitis. It was found that pancreatitis had been reactive, the inflammation in her little tummy was disrupting everything.

Now we had a diagnosis we could treat it, she was prescribed daily steroids (something we tried to put off as long as possible) fibre pellets, and Zitac to try and reduce the vomiting. It was also recommended that I buy vet-approved prescription food for her. I was incredibly hopeful and went on with the best of intentions. However, Kizzy wasn't having any of it. She refused the grey coloured, bland smelling food and would go days without eating and despite all the medications, she was still passing blood and mucus, she was becoming thin and I truly worried about her quality of her life and future.

What I found incredibly hard was feeling as though I had to choose between feeding her a food that was essentially a poison to her little body or letting her starve, it was breaking my heart.

Then on one of my regular visits to my local Pets at Home store, I unloaded all my concerns onto a member of staff who was trained in pet nutrition. She recommended Pure pet food, something I had never heard of before.

I bought a large box as I had this feeling that it would be a success, I was excited to see if Kizzy approved. And she did, Kizzy took to the food immediately and has never failed to leave an empty bowl. The food looks and smells appetising and she seems to like the warm temperature especially now it's getting colder.

It sounds like a fantasy rather than fact but Kizzy is now totally medication-free, she no longer passes blood and is regular in her bathroom habits. I haven't seen her out of pain this long since her symptoms began and she has all her energy back. Pure has also helped Kizzy to maintain a healthy weight, which is fantastic for the metal plates in her leg.

The sparkle is back in her eye and she is enjoying life, which gives me nothing but pleasure.

I can't thank you enough for developing pure, it has changed both mine and Kizzy's life beyond measure. (and saving my bank balance too)

I now recommend pure to everyone I come across.

My two very fussy Mini Schnauzers have been dining on Pure for a year now and would never go back to anything else. It was with great excitement that new flavours came out and Turkey Terrific is a big big hit. They can't wait to get stuck in which is a joy to see after years of bribery with extra meat tucked away in their old dried food!!

What excitement to see a treat to compliment your food. My two mini Schnauzers loved these but nothing lasts for long with two dogs!! Always worried about treats and fat content as both my dogs have sensitive stomachs...one ended up with pancreatitis after the tiniest treat from elsewhere. Thankfully we can trust Pure to come up with something we know we can trust!! Big thanks guys!! 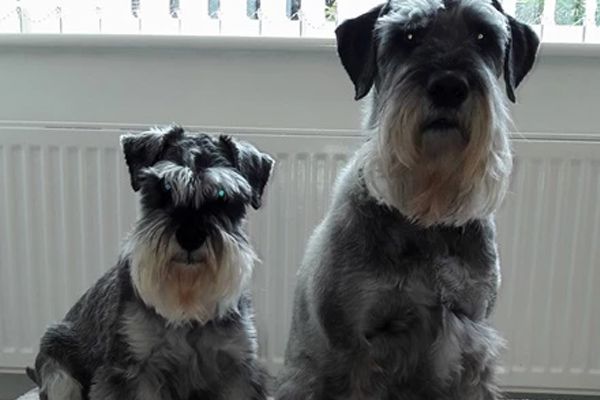 Good phone customer service, informative on the advice I needed. Really easy online ordering and speedy delivery. So far my dogs are on Turkey terrific, One is a standard schnauzer and the other is a miniature schnauzer, both have delicate stomachs and the miniature suffers with pancreatitis. So far so good on the Turkey terrific after three weeks, they also both love the taste.

Thanks to Pure Chicken Dinner Sooty's urine ph is now spot on according to the vet, he's been on prescription food for 5 years and it was supposed to prevent bladder stones but he had another spiky one removed last year. Since then we've been trying to get it right, and a change of prescription food set off his pancreatitis. No such problems with Pure and he loves it so much that he licks the bowl for at least 10 minutes after he's eaten. I've increased the amount by half a cup because he was losing weight, might have to go up another half cup. He needs to drink more, so will add more water. Thanks, Pure!

Looking for a trial?

Start with our transition pack